The Science Fiction and Fantasy Writers of America (SFWA) is pleased to announce that Toni Weisskopf has been named the recipient of the Kate Wilhelm Solstice Award to honor her activities in support of science fiction and fantasy.

The Kate Wilhelm Solstice Award is given by SFWA for distinguished contributions to the science fiction and fantasy community. Ms. Weisskopf joins the ranks of previous Solstice Award winners, including Octavia Butler, James Tiptree, Jr., Tom Doherty, Carl Sagan, and Stanley Schmidt. The award will be presented at the 52nd Annual Nebula Conference and Awards in Pittsburgh, PA May 18th-21st, 2017.

Toni Weisskopf has been the publisher of Baen Books since 2006 when she took over following the death of Jim Baen. During that time, Weisskopf has creative an innovative e-publishing program, worked with established authors, discovered a galaxy of new authors, and created the Jim Baen Memorial Short Story Award, the Baen Fantasy Adventure Award, and the Baen Best Military SF & Adventure SF Reader’s Choice Award.

Ms. Weisskopf has also been active in the fannish side of science fiction, co-chairing DeepSouthCon 50 in 2012, publishing the fanzine Yngvi is a Louse! And Other Graffitos, and serving as the official Editor of the SFPA, the Southern Fannish Press Alliance, and editing an history of Southern Fandom for the Southern Fandom Confederation.

Ms. Weisskopf joins Peggy Rae Sapienza, who was previously announced, as a recipient of this year’s Kate Wilhelm Solstice Awards.

​The Nebula Awards® will be presented during the annual SFWA Nebula Conference, which will run from May 18th-21st and feature a series of seminars and panel discussions on the craft and business of writing, SFWA’s annual business meeting, and receptions. On May 19th, a mass autograph session will take place at Pittsburgh Marriott City Center and is open to the public.

Sapienza joins the ranks of previous Solstice Award winners, including Octavia Butler, James Tiptree, Jr., Tom Doherty, Carl Sagan, and Stanley Schmidt. The award will be presented at the 52nd Annual Nebula Conference and Awards in Pittsburgh, PA May 18th-21st, 2017.

If anyone was born into science fiction, it was Peggy Rae McKnight (1944-2015), whose father, Jack McKnight famously missed most of the 1953 Worldcon because he was creating the first Hugo Award trophies. She attended her first science fiction convention in 1956 and met her first husband, Bob Pavlat at her first Worldcon in 1960. Over the years, Sapienza was active in fanzine fandom as well as convention running. At Constellation in 1983, she and Pavlat received the Big Heart Award, shortly after Bob died. Science fiction wouldn’t release Peggy Rae. Active in local convention running, she also worked many Worldcon press offices and created the modern Worldcon fan concourse.

In 1998, she chaired Bucconeer, the Baltimore Worldcon, and the following year married John Sapienza. She was proud of her role in Nippon 2007, the first Japanese Worldcon. In 2012, Sapienza was named a Guest of Honor for Chicon 7, that year’s Worldcon. She also co-chaired the 2014 World Fantasy Convention before her death in March of 2015. The Peggy Rae Sapienza Endowment at Northern Illinois University is named in her honor and helps support the SFWA Collection at the library.

During the 2000s, she became active in helping run events for SFWA, including the New York Reception and the Nebula Weekends. She co-chaired the 2010 Nebulas in Cocoa Beach and then chaired the Washington Nebulas in 2011 and 2012. She continued to help SFWA run its events and publish its magazine until shortly before her death.

SFWA will announce a second recipient of the Kate Wilhelm Solstice Award on January 31st.

The Nebula Awards® will be presented during the annual SFWA Nebula Conference, which will run from May 18th-21st and feature a series of seminars and panel discussions on the craft and business of writing, SFWA’s annual business meeting, and receptions. On May 19th, a mass autograph session will take place at Pittsburgh Marriott City Center and is open to the public.

Holy Smoke! Step aside Mickey Mantle! Instead of baseball superstars getting all the attention, it’s autographs of science fiction authors that are about to get “celebrity treatment!”

Starting with this May’s Nebula Awards® Weekend (Pittsburgh, May 18-21, 2017), autographed trading cards that feature science fiction authors will be given the same stellar treatment that has traditionally been afforded to collectible cards that feature sports stars, music icons, or idols of the film & television industries. Beckett Grading Services–the worldwide authority on authenticating and grading rare and valuable sports collectibles, like the 1952 TOPPS Mickey Mantle rookie card and the 1909 T206 Honus Wagner tobacco card–now accepts the Walter Day Collection of Science Fiction Historical Trading Cards for grading as investment-grade collectables.

Yes, the science fiction trading cards that you have seen Walter Day handing out as free gifts at the recent Nebula and Hugo Awards Ceremonies are now poised to become investment-grade collectibles over time. Especially when Beckett authenticates and grades the autographs placed on them.

And, if you don’t know who Beckett is, Beckett was voted the “Best Grading Service” for the 6th consecutive year by the global sports-collectibles industry. Beckett can be found online here: http://www.beckett.com

Founded in 2015, the Walter Day Collection of Science Fiction Historical Trading Cards now approaches the release of its 100th unique science fiction history card and plans to present them all in May at the 2017 Nebula Awards® Weekend and at the 2017 WorldCon in Helsinki, Finland (August 9-13, 2017).

Now that the card set has entered the big-time of card collecting, Beckett Grading Services, has given Walter Day special authorization to personally witness and verify the autographing process as the science fiction authors sign their cards. The autographed cards will then be submitted by Day directly to Beckett for authentication and grading. From that moment onward, each autographed and graded card will be increasing in value — and some may eventually become investment-grade collectables. Charles Stabile,  Northeast Regional Sales Manager for Beckett Grading Services, says: “Beckett is thrilled to enter the science fiction field and give the same kind of acclaim to these legendary science fiction authors that the traditional sports stars receive. Their trading cards definitely deserve the same kind of recognition that the baseball and football cards garner.”

Stabile adds: “Beckett specializes in authenticating and grading both sports and non-sports trading cards and sealing them in tamper-proof holders that ensure their longevity and authenticity as well as maintain their condition and value. There are many well known instances where the value of a trading card increased by one-hundred-fold when it was authenticated, graded, and sealed in a protective holder by Beckett Grading Services. With the science fiction authors signing their cards, the ever-increasing value of the autographed cards seems to be a sure thing.”

Reprinted with permission by Walter Day from: http://thewalterdaycollection.com/articles/news-stories

The Science Fiction and Fantasy Writers of America (SFWA, Inc.) is pleased to announce that Jane Yolen has been named the 33rd Damon Knight Grand Master for her contributions to the literature of science fiction and fantasy.

The award is given by SFWA for “lifetime achievement in science fiction and/or fantasy.” Jane Yolen joins the Grand Master ranks alongside such legends as Ray Bradbury, Anne McCaffrey, Ursula K. Le Guin, Isaac Asimov, and Joe Haldeman.

The award will be presented at the 52nd Annual Nebula Conference and Awards Ceremony in Pittsburgh, PA, May 18-21, 2017.

Jane Yolen published her first book, Pirates in Petticoats, on her 22nd birthday. Since then, Yolen has published novels for juvenile, young adult and adult readers, as well as short fiction, picture books, and poetry. In addition to being a prolific author, Yolen has edited several anthologies. Many of Yolen’s work fall into the fairy tale category and Newsweek has dubbed her, “America’s Hans Christian Andersen.”

Yolen is perhaps best known for her young adult and juvenile books, including the popular “How do Dinosaurs” series. Her short fiction has been collected in more than a dozen collections. She edited three volumes of the Xanadu anthology series, collections of modern folk tales, and The Year’s Best Science Fiction and Fantasy for Teens.

In 1998, her short story “Sister Emily’s Lightship” received a Nebula Award, as did her novelette “Lost Girls” in 1999. Yolen has also won three Mythopoeic Awards for Cards of Grief, Briar Rose, and The Young Merlin Trilogy. She has won the World Fantasy Award for editing Favorite Folktales from Around the World and later received a Lifetime Achievement Award from that same body.

“To know I am now on the same list as Isaac Asimov, Andre Norton, and Ursula Le Guin is the kind of shock to the system that makes me want to write better each day. Revise, revision, and reinvent.”

The Nebula Awards® will be presented during the annual SFWA Nebula Conference, which will run from May 18-21 and feature a series of seminars and panel discussions on the craft and business of writing, SFWA’s annual business meeting, and receptions. On May 19, a mass autographing session will take place at the Marriott Pittsburgh City Center and is open to the public.

For more information on how to attend, register, or become an event sponsor, please visit: http://nebulas.sfwa.org.

A work may be nominated by an Active, Lifetime Active, Associate or Lifetime Associate member (with no fiduciary interest–which means, not the writer, not the editor, the agent, publicist,) during the nomination period, which runs November 15 of the eligibility year through February 15 of the following year. An author doesn’t have to be a member of SFWA in order for her work to be considered. The six works in each category with the greatest number of nominations become the finalists for the Nebula Awards® for that year.

The best way to have a work considered is to make sure that it is available to be read by SFWA members; SFWA members can put a link to an electronic version of a work in the Fiction area on the SFWA forum. Non-members can ask a member or the Nebula Awards® Commissioner to post a link or document to the Forum. After that, the work and its writer are in the hands of the Fates

Science Fiction and Fantasy Writers of America’s 51st Annual Nebula Conference will be held in Pittsburgh, PA in 2017!

More Information Can Be Found Here

This special rate will be available starting March 1, 2017. 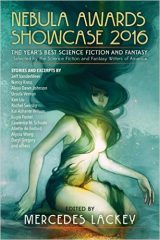 The Nebula Awards® Showcase volumes have been published annually since 1966, reprinting the winning and nominated stories of the Nebula Awards®, voted on by the members of the Science Fiction and Fantasy Writers of America (SFWA).  This year’s Showcase celebrates fifty years of the awards. The editor, selected by SFWA’s anthology Committee, is American science fiction and fantasy writer Mercedes Lackey.  This year’s Nebula winners are Ursula Vernon, Alaya Dawn Johnson, Nancy Kress, and Jeff VanderMeer, with Alaya Dawn Johnson winning the Andre Norton Award for Young Adult Science Fiction and Fantasy Book. 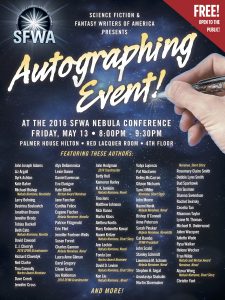 There was a free and open to the public Mass Autographing Event sponsored by Tor Books.

END_OF_DOCUMENT_TOKEN_TO_BE_REPLACED 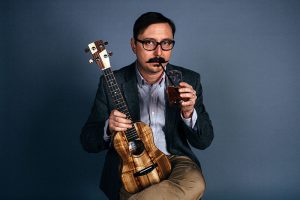