The Science Fiction and Fantasy Writers of America (SFWA) is pleased to announce the nominees for the 52nd Annual Nebula Awards®, the Ray Bradbury Award for Outstanding Dramatic Presentation, and the Andre Norton Award for Outstanding Young Adult Science Fiction or Fantasy Book. The awards will be presented in Pittsburgh, PA at the Pittsburgh Marriott City Center during a ceremony on the evening of May 19th, 2018.

The Strange Case of the Alchemist’s Daughter, Theodora Goss (Saga)

Get Out (Written by Jordan Peele)

The Nebula Awards® will be presented during the annual SFWA Nebula Conference, which will run from May 17th-20th and feature seminars and panel discussions on the craft and business of writing, SFWA’s annual business  meeting, and receptions. On May 20th, a mass autograph session will take place at the Pittsburgh Marriott City Center and is open to the public.

The Nebula Awards® recognize the best works of science fiction and fantasy published in the United States as selected by members of the Science Fiction and Fantasy Writers of America. The first Nebula Awards® were presented in 1966. 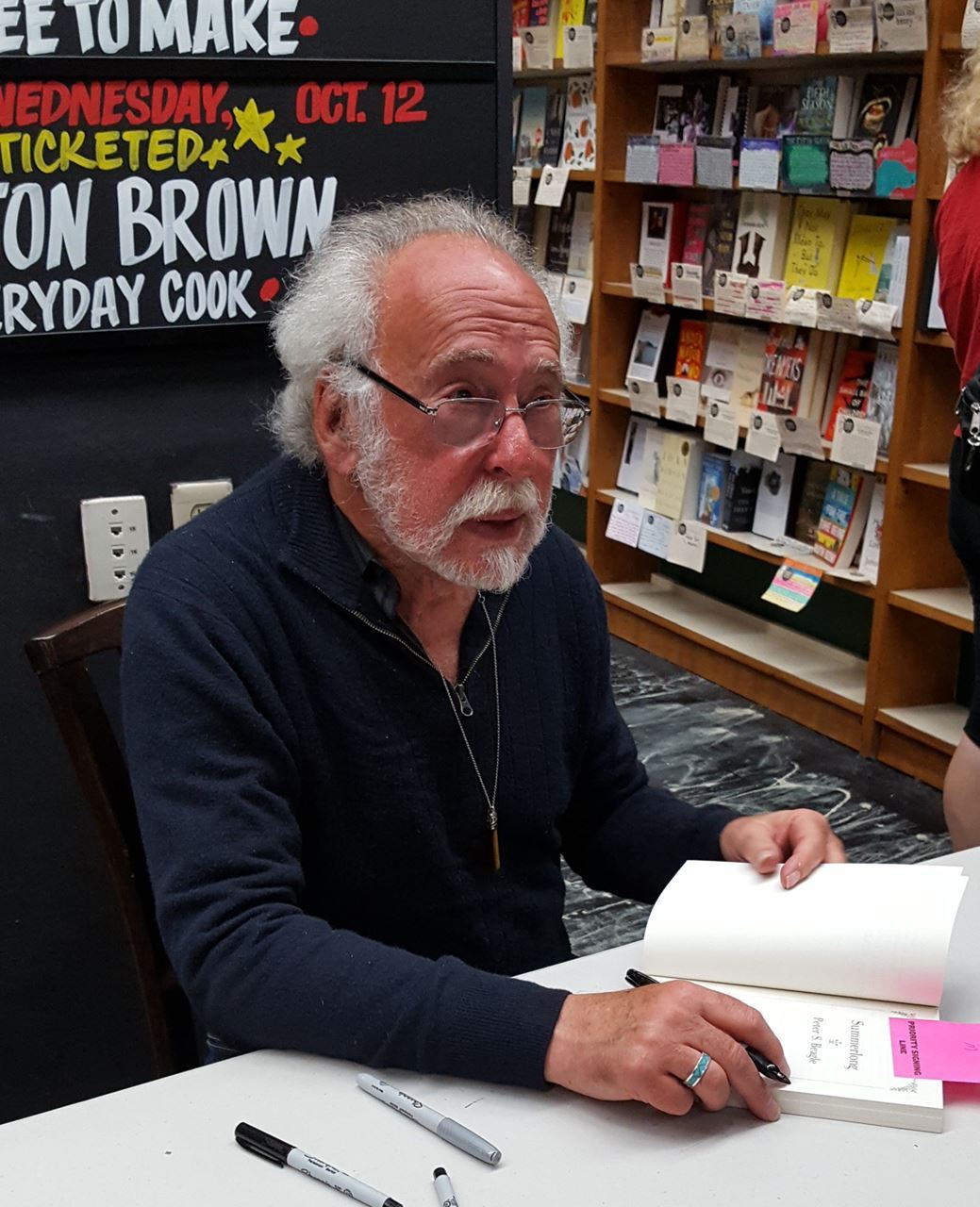 Beagle may be best known for his novel The Last Unicorn, and has also explored our fascination with the mythical in The Innkeeper’s Song, A Fine and Private Place, and a wide variety of short fiction. Beagle won the Hugo and the Nebula Award for his 2005 novelette “Two Hearts.” He has won the Mythopoeic Award for his novels The Folk of the Air and Tamsin. He was nominated for a Hugo for his adaptation of  J.R.R. Tolkien’s The Lord of the Rings for Ralph Bakshi’s animated version and wrote the screenplay for the Star Trek: The Next Generation episode “Sarek.”

The Nebula Awards® will be presented during the annual SFWA Nebula Conference, which will run from May 17th-20th and feature expert presentations, seminars and panel discussions on the craft and business of writing, SFWA’s annual business meeting, and receptions. On May 20th, a mass autograph session will take place at the Pittsburgh Marriott City Center and is open to the public. For more information on the conference, including a link to register, please visit nebulas.sfwa.org.

The Science Fiction and Fantasy Writers of America (SFWA) is pleased to announce that Gardner Dozois and Sheila Williams have been named the recipients of the Kate Wilhelm Solstice Award to honor their editing careers in support of science fiction and fantasy.

The Kate Wilhelm Solstice Award is given by SFWA for distinguished contributions to the science fiction and fantasy community. Dozois and Williams join the ranks of previous Solstice Award winners, including Octavia E. Butler, James Tiptree, Jr., Tom Doherty, Carl Sagan, and Stanley Schmidt. The award will be presented at the 53rd Annual Nebula Conference in Pittsburgh, PA, May 17th-20th, 2018.

In addition to an honored career as a science fiction author, Gardner Dozois has edited science fiction since the 1970s. In 1977, he took over editing the Best Science Fiction of the Year series from Lester Del Rey, editing volumes 6-10 until 1981. He began editing a new series of The Year’s Best Science Fiction in 1984, and 2018 will see the release of the 35th annual volume of that series. From 1984 to 2004, he served as the editor of Asimov’s Science Fiction Magazine. He has also co-edited anthologies with Jack Dann, George R.R. Martin, and Sheila Williams, among others.

Sheila Williams took over the helm of Asimov’s from Dozois in 2004 and is the magazine’s current editor. In addition to her work on the magazine, Williams has edited and co-edited numerous anthologies, sometimes in collaboration with Cynthia Manson, Charles Ardai, and Connie Willis. Williams co-founded the Dell Magazines Award for undergraduate Excellence in Science Fiction and Fantasy in 1992 and continues to administer the award.

SFWA President Cat Rambo has noted, “Two of the most influential editors of our time, both Dozois and Williams have shaped our field through encouraging, growing, and spreading word of new voices. Honoring them for their contribution to our community seemed like a great use of the Kate Wilhelm Solstice Award.”

The Nebula Awards® will be presented during the annual SFWA Nebula Conference, which will run from May 17th-20th and feature seminars and panel discussions on the craft and business of writing, SFWA’s annual business meeting, and receptions. On May 20th, a mass autograph session will take place at the Pittsburgh Marriott Downtown and is open to the public.

SFWA is pleased to announce that the Author Earnings “Data Guy” will be presenting an overview of the US SF/F sales landscape at this year’s Nebula Conference.

or $240 for Conference Registration AND a Banquet Ticket.

or $240 for Conference Registration AND a Banquet Ticket.

The room block IS open: You can find the link on the eventbrite page above. Please do read the instructions for room reservations before making yours, to be sure you are able to request the right number of beds, which floors, etc…

If you don’t mind the possibility of a little late night noise and wish to be near the SFWA Hospitality Suite, please request for your room to be on the 9th or 10th floor. (If you attended last year, I am happy to report to you that we will be moving the suite to a larger space.) Having conference attendees on the 9th and 10th floor will help us avoid noise complaints.

If you have any difficulties with your room reservation, INCLUDING if the reservation system tells you that the room block is full or that rooms are not available on the nights you requested, email Steven H Silver at events@sfwa.org (The room block IS NOT full yet, but last year, we ran into some issues with the Marriott Reservation system telling people it was, when it wasn’t. If that happens, let us know so we can help.)

Science Fiction and Fantasy Writers of America’s 52nd Annual Nebula Conference will again be held in Pittsburgh, PA in 2018!

Gallery of photos of the 2017 Nebula Awards® Ceremony.

The Science Fiction & Fantasy Writers of America, Inc. has announced the recipients of the Nebula Awards®® for works published in 2016.

The Nebula Awards® are voted on and presented by the active members of SFWA for outstanding science fiction and fantasy.

Novel
Winner: All the Birds in the Sky by Charlie Jane Anders (Tor; Titan)