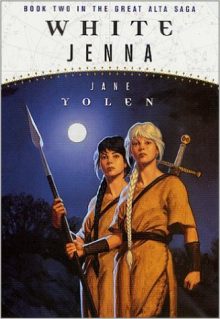 The sequel to Sister Light, this actually contains the chapter based on a short story of the same name written for Jessica Amanda Salmonson’s anthology “Heroic Visions.” Published in 1989, White Jenna and its companion Sister Light comprise one single book. In the late 90s, the two would be put together as The Books of Great Alta.