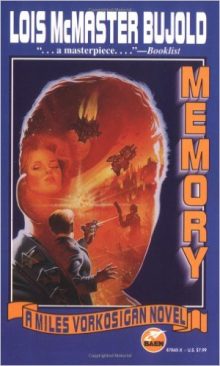 Forced to abandon his undercover role as leader of the Dendarii Mercenaries, Miles Vorkosigan persuades Emperor Gregor to appoint him Imperial Auditor so he can penetrate Barrayar’s intelligence and security operations (ImpSec). Simon Illyan, head of ImpSec and Miles’ former boss, is failing physically and mentally, and Miles sets out to find out why — and who, if anyone, is behind Illyan’s rapid decline. Library Journal calls Miles “one of the genre’s most enterprising and engaging heroes.” A Hugo and Nebula Award finalist.