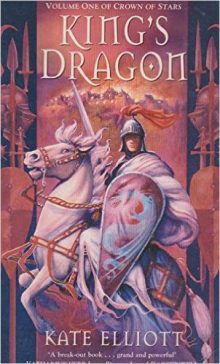 Set in an alternate Europe, a world where bloody conflicts rage and sorcery holds sway, both human and other-than-human forces vie for supremacy. In this land, Alain, a young man seeking the destiny promised him by the Lady of Battles, and Liath, a young woman gifted with a power that can alter the course of history, are about to be swept up in a world-shaking conflict for the survival of humanity. In the New York Times bestselling tradition of Tad Williams’ epic Memory, Sorrow and Thorn series.