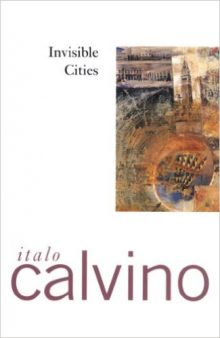 “Cities, like dreams, are made of desires and fears, even if the thread of their discourse is secret, their rules are absurd, their perspectives deceitful, and everything conceals something else.” — from Invisible Cities

“Invisible Cities changed the way we read and what is possible in the balance between poetry and prose . . . The book I would choose as pillow and plate, alone on a desert island.” — Jeanette Winterson