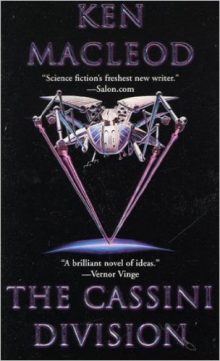 Ellen May Ngewthu is a soldier and leader of the Cassini Division, the elite defense force of the utopian Solar Union. Here in the twenty-fourth century, the forts of the Division, in orbit around Jupiter, are the front line in humanity’s long standoff with the unknowable post-humans: godlike beings descended from the men and women who transformed themselves with high technology centuries ago.

Now Ellen has a plan to rid humanity of this threat once and for all. But she needs to convince others to mistrust the post-humans as much as she does. In the process, much will be revealed–about history, about power, and about what it is to be human.