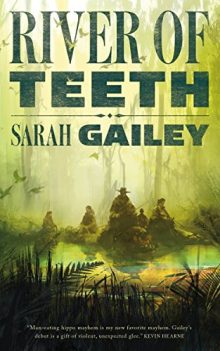 In the early 20th Century, the United States government concocted a plan to import hippopotamuses into the marshlands of Louisiana to be bred and slaughtered as an alternative meat source. This is true.

Other true things about hippos: they are savage, they are fast, and their jaws can snap a man in two.

This was a terrible plan.