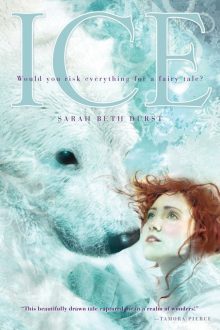 When Cassie was little she thought her mother had been taken prisoner by trolls because of a deal she’d made with the Polar Bear King. Just a fairy tale to soothe a child whose mother had died. But on her eighteenth birthday, the “fairy tale” comes true when the Polar Bear King comes to take Cassie for his bride. Realizing she has the power to save her mother, Cassie makes her own deal with the bear and finds herself on a journey against time, traveling across the brutal Arctic to the land east of the sun and west of the moon. It is a journey that will teach Cassie the true meaning of love and family—and what it means to become an adult.