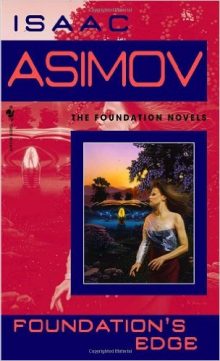 At last, the costly and bitter war between the two Foundations had come to an end. The scientists of the First Foundation had proved victorious; and now they return to Hari Seldon’s long-established plan to build a new Empire that the Second Foundation is not destroyed after all-and that its still-defiant survivors are preparing their revenge. Now the two exiled citizens of the Foundation-a renegade Councilman and the doddering historian-set out in search of the mythical planet Earth. . .and proof that the Second Foundation still exists. Meanwhile someone-or something-outside of both Foundations sees to be orchestrating events to suit its own ominous purpose. Soon representatives of both the First and Second Foundations will find themselves racing toward a mysterious world called Gaia and a final shocking destiny at the very end of the universe!