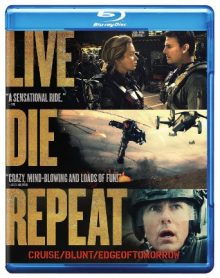 An alien race, undefeatable by any existing military unit, has launched a relentless attack on Earth, and Major William Cage (Tom Cruise) finds himself dropped into a suicide mission. Killed within minutes, Cage is thrown into a time loop, forced to live out the same brutal combat over and over, fighting and dying again and again. Training alongside warrior Rita Vrataski (Emily Blunt), his skills slowly evolve, and each battle moves them one step closer to defeating the enemy in this fun action thriller.