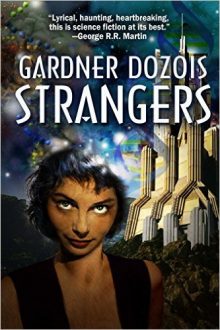 Hundreds of years in the future, Earthmen have moved out into the galaxy of inhabited worlds, only to find that space travelers from Earth are second-class citizens or worse on most of the planets they visit. Joseph Farber, an artist, is part of an Earth colony among the alien Cian on the planet Weinunnach. He is deeply moved by the rituals of the Cian—and by the captivating Liraun, a humanoid Cian. With love between races forbidden, Faber allows himself to be genetically altered so that he and Liraun may marry and interbreed. But the couple soon discovers that the fundamental differences between their very modes of being may lead to tragedy and, perhaps, ultimate revelation.

Dozois is known for his beautiful evocation of setting and emotional intensity within a truly alien and often austere vision of the future. He is a science fiction master of the first order—a fact fully on display in this outstanding collection.