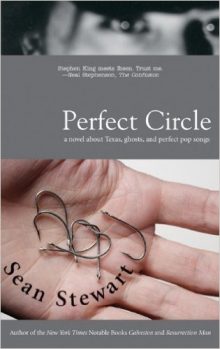 William “Dead” Kennedy is in trouble. He’s thirty-two, in love with his ex-wife, has lost his job, and he’s been dreaming about ghost roads again. Sometimes a guy is haunted for a really good reason.

Sean Stewart’s much-anticipated eighth novel is a dark, funny, fast-moving thriller that you won’t want to put down. William “Dead” Kennedy has problems. He’s haunted by family, by dead people with unfinished business, and by those perfect pop songs that you can’t get out of your head. He’s a 32-year-old Texan still in love with his ex-wife. He just lost his job at Pet-Co for eating cat food. His air-conditioning is broken, there’s no good music on the radio, and he’s been dreaming about ghost roads.

When Will’s cousin (“My dad married your Aunt Dot’s half-sister”) calls in the middle of the night about a dead girl haunting his garage, it seems like an easy way to make a thousand dollars. But nothing is ever that simple, especially when family is involved. Will’s mother is planning a family reunion of epic proportions. Will’s ex-wife is married to a former Marine. His twelve-year-old daughter Megan thinks Will needs someone to look after him. And recently his dead relatives seem to want something from him.