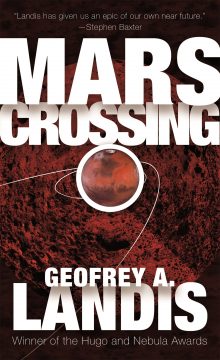 By the middle of the 21st century, humanity has finally landed men on Mars-only to watch helplessly as the first two missions end in catastrophe and death.
With resources running out, a third-and perhaps final-mission to Mars is hastily mounted, with a crew of four men and two women. But from the moment of their arrival on Mars, everything begins to go wrong. The fuel tanks that were to have supplied their return trip are found corroded and empty. Their supplies are running out and their life support systems are beginning to fail. And any rescue mission won’t reach them for months, or even years-if at all.
The crew’s only hope for survival lies in a desperate plan: an agonizing trek halfway across the surface of Mars to a ship designed to carry only half their number. Torn by conflict and dissent, and troubled by secrets that endanger them all, they must embark on an ordeal that will test them to the limits of endurance.