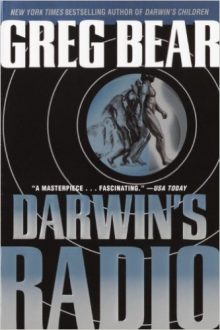 “Virus hunter” Christopher Dicken is a man on a mission, following a trail of rumors, government cover-ups, and dead bodies around the globe in search of a mysterious disease that strikes only pregnant women and invariably results in miscarriage. But when Dicken finds what he’s looking for, the answer proves to be stranger—and far deadlier—than he ever could have imagined. Something that has slept in human DNA for millions of years is waking up.

Molecular biologist Kaye Lang has spent her career tracing ancient retroviruses in the human genome. She believes these microscopic fossils can come to life again. But when Dicken’s discovery becomes public, Lang’s theory suddenly turns to chilling fact. As the outbreak of this terrifying disease threatens to become a deadly epidemic, Dicken and Lang must race against time to assemble the pieces of a puzzle only they are equipped to solve—an evolutionary puzzle that will determine the future of the human race . . . if a future exists at all.