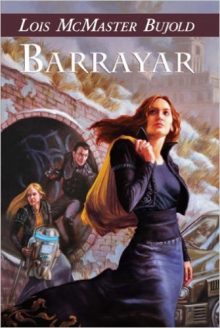 As Barrayar begins, Aral and Cordelia Vorkosigan are expecting their first child. When the crafty old emperor dies, Aral takes over as regent. A plot to assassinate Aral and Cordelia with poison gas fails, but the antidote, while effective, is also a powerful teratogen that poses a grave threat to the bone development of his unborn son. In a desperate attempt to save the fetus, Cordelia has it transferred to a uterine replicator to undergo an experimental recalcification treatment that may partially combat the otherwise-fatal bone damage.

When Count Vidal Vordarian attempts a coup, five-year-old Emperor Gregor is rescued by his loyal security chief, Captain Negri, and reunited with the Vorkosigans. Cordelia, Gregor, and various retainers escape into the hills and hide amongst the rural population while Aral and his father organize the resistance.

After Cordelia rejoins Aral, they learn that the replicator containing Miles has been captured. Without proper maintenance, the fetus will succumb within six days, but Aral refuses to attempt a rescue when there are far greater concerns. However, Cordelia convinces her personal bodyguard, Ludmilla Droushnakovi, and one of Aral’s officers, Clement Koudelka, to help her rescue Gregor’s mother, Princess Kareen, and the replicator containing Miles. Once in the palace, Cordelia and her party are caught. They overpower their captors, but Princess Kareen is killed by Vordarian’s bodyguards. They execute Vordarian and escape with the replicator, and the coup falls apart without its leader. Cordelia is put in charge of Prince Gregor’s early education, with far-reaching consequences for Barrayar. This novel won both the Hugo Award for Best Novel and the Locus Award for Best Science Fiction Novel in 1992.