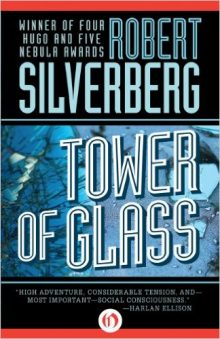 Simeon Krug is the king of the universe. A self-made man, he is the Bill Gates of the era, having built a megacommercial empire on the backs of his products: androids, genetically engineered human slaves. Having amassed incredible wealth, his next major goal is to communicate with aliens living in an uninhabitable world, sending a mysterious signal. This requires building a mile high tower in the arctic tundra.

The androids want civil equality with humans, but are divided on the best means to the goal—political agitation or religious devotion to Krug, their creator. And Krug’s son, Manuel, is reluctant to step into his role as heir to his father’s empire.