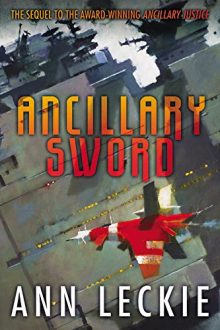 Breq is a soldier who used to be a warship. Once a weapon of conquest controlling thousands of minds, now she has only a single body and serves the emperor.

With a new ship and a troublesome crew, Breq is ordered to go to the only place in the galaxy she would agree to go: to Athoek Station to protect the family of a lieutenant she once knew – a lieutenant she murdered in cold blood.