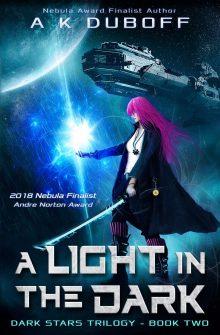 The real invasion is about to begin.

An alien fleet is coming. Elle Hartmut and her friends are the Hegemony’s best chance for fighting back, but they’ll need to head straight into enemy territory in order to identify the Darkness’ origin.

The Hegemony is out of time… and the war may already be lost before it even starts. The only chance for salvation is the mysterious shard of the Master Crystal, supposedly capable of initiating a universal-scale reset. Except, no one knows what a reset of that magnitude might entail, or if it’s possible.

Despite the risks, no step is too extreme in the frantic fight for survival. Elle and her friends must stop the insidious alien menace before every world is consumed.