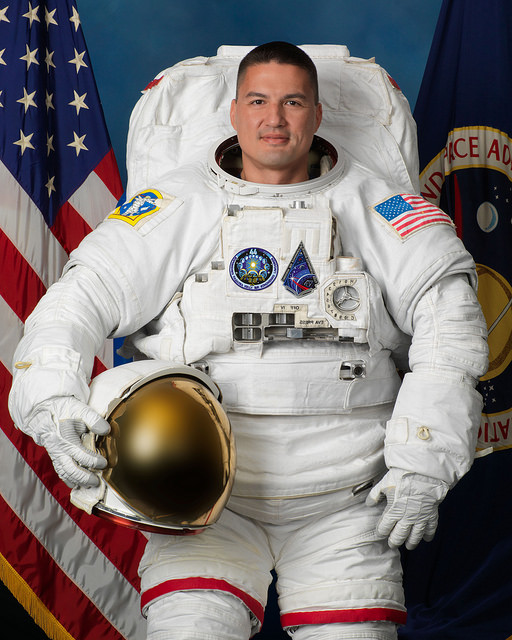 The Science Fiction and Fantasy Writers of America (SFWA) is pleased to announce that Dr. Kjell Lindgren has agreed to serve as the Toastmaster for the 52nd Nebula Award Ceremony in Pittsburgh, PA, May 18th-21st, 2017.

Dr. Lindgren flew to the International Space Station on Soyuz TMA-17M in 2015 to serve as part of ISS Expedition 44 and 45. During Expedition 44, Dr. Lindgren became one of the first American astronauts to eat food that was entirely grown in space. For Expedition 45, Dr. Lindgren and the other five astronauts posed as Jedi for their mission poster with the tag line “The Science Continues.” His missions lasted from July 22nd to December 11th, 2015.

Dr. Lindgren was born in Taipei, Taiwan and spent most of his childhood in England. He holds a BS in Biology, an MS in Cardiovascular Physiology, and a Doctorate of Medicine with a two year residency in aerospace health and a Masters of Public Health. He has served as a jumpmaster for the US Air Force Academy’s Wings of Blue parachute team. In 2007, he began working at Johnson Space Center and was serving in Star City when he was selected for NASA Astronaut Group 20. While aboard the International Space Station, Dr. Lindgren was a Guest of Honor for the 2015 Worldcon, Sasquan, participating remotely from Low Earth Orbit.

The Nebula Awards® will be presented during the annual SFWA Nebula Conference, which will run from May 18th-21st and feature seminars and panel discussions on the craft and business of writing, SFWA’s annual business meeting, and receptions. On May 19th, a mass autograph session will take place at the Pittsburgh Marriott City Center and is open to the public.

Registration rates are currently $180.00 to attend the weekend. Rates will be increasing on April 8th, 2017 to $200.00. Additionally, banquet tickets are still available. Register Here!